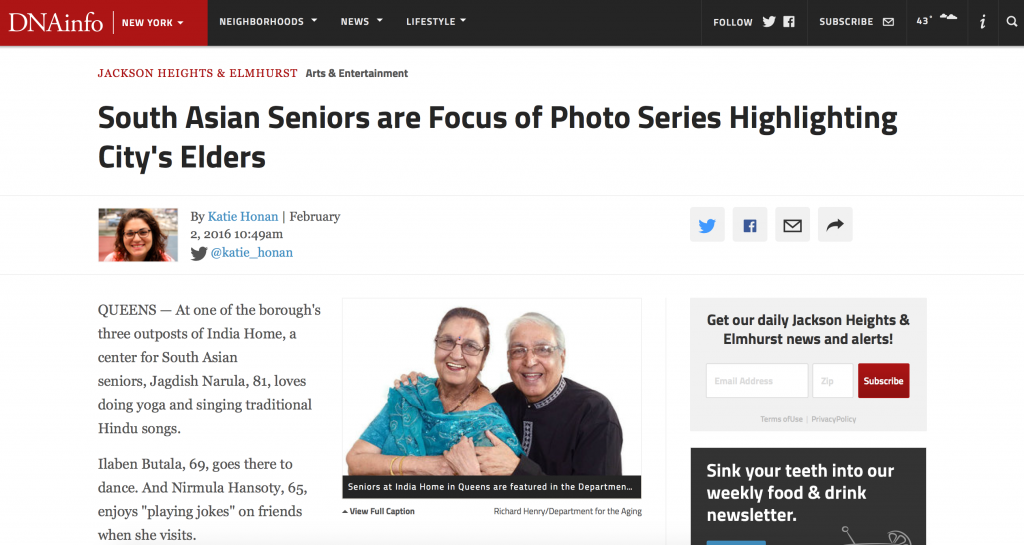 India Home’s seniors became stars of DFTA’s popular campaign called Stylin’ Seniors. They were even featured on DFTA’s masthead for a whole week. Then today, DNAinfo  did a feature on us saying:

Participants shared their immigration stories and what they liked best about India Home.

Butala, who came to the United States from Gujarath, India, in 1980, worked for years at a drugstore at JFK Airport, she told the photographer. Now that she’s retired, India Home is “like a home away from home.”

“I love the people and have made lots of friends,” she said. “I like the cultural activities, the dancing and the singing.”