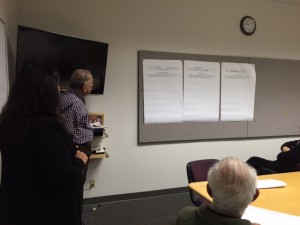 The Indian elders gathered around the seminar table in the conference room at Fremont City’s Human Services office were retired engineers and accountants. Many had spent over 20 years in America. Some lived with their children and some didn’t. All of them loved the wide roads in their county, the considerate drivers who drove the buses they took everywhere, and the bi-weekly gatherings at their senior center. They were opinionated, knowledgeable and enthusiastically shared their ideas.

The elders had been invited by Ms. Asha Chandra, Program Manager and Communications Specialist at the City of Fremont to participate in a focus group being held to understand the challenges and issues that Indian seniors face. Ms. Chandra planned to share the data gathered with Fremont’s decision makers and said she planned to hold many more of these focus groups with various immigrant populations as part of the effort to get Fremont included in the list of World Health Organizations Age-Friendly cities.

California’s Indian population climbed 68 percent to 528,000 people from 2000 to 2010, making it by far the largest Asian Indian community in the U.S. For instance, in Fremont, Indian Americans make up 10.15 percent of the overall population of 203,415. I happened to be in California and was interested in learning how the state was dealing with this large and growing population of immigrants–especially its Indian senior citizens.

The focus group in Fremont was led by Mr. Krishnaswamy Narasimhan, a trained Community Ambassador with the city of Fremont and the Secretary of the Indo-American Seniors Association Fremont (INSAF). The Community Ambassador Program for Seniors (CAPS) is the City of Fremont’s award winning, nationally recognized effort that trains volunteer ambassadors to serve seniors in “their own communities, in their own language, within their own cultural norms, and does so where seniors live, worship, and socialize. ” Community Ambassadors like Mr. Narasimhan serve as a bridge between the formal social services agencies and their respective faith and cultural communities, like temples, gurdwaras and other places, and help seniors to locate senior services and programs in the City of Fremont.

An ideal for aging? 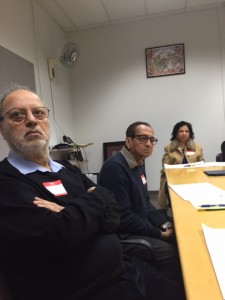 major areas: transportation; social participation and inclusion; and dementia support. It turned out their dreams were modest and easily attainable-the elders wanted a better transportation system like a shuttle service that took them to senior centers and other places where seniors congregate, more frequent stops, better paratransit options. They had the same challenges that our seniors face in New York–lack of good, frequent transportation or parking spaces, accessibility and problems with notification. When it came to social participation and inclusion, the seniors wished they had a bigger community center that brought together different activities under one roof. What surprised me, though, was the equivocal desire many of them expressed for opportunities to meet with other immigrant communities and experience their cultures. Their desire to “assimilate” with different cultures was strong, as was their need for activities where they could share their unique skill sets with others. Again, their challenges were similar to ones elders at India Home face–difficulties with language access, lack of awareness about local resources, a need for more social and intergenerational interaction, and more support from volunteers, especially to care givers of dementia patients.

Benefits of including immigrant elders

I came away from the focus group session thinking about the many challenges our fast-greying American cities face and all that remains to be done to solve these problems. By 2050 nearly one in five Americans (19%) will be an immigrant. By 2025, the immigrant, or foreign-born, share of the population will surpass the peak during the last great wave of immigration a century ago. As these diverse communities age we will need local, state and federal agencies to step up to meet their needs. Asking immigrant participants for their input and including them in the process as these cities plan for an age-friendly future is an important, necessary step and one I wish more cities would emulate.