Manhattan’s best kept secret is Roosevelt Island. Once host to insane asylums, prisons, hospital outpatients, and uniform Soviet style blocks, the island is now dotted with shiny new condos, swathes of grassy playing fields and gardens, and the brand new Four Freedoms Park. A famed tram (which had a star turn on “Spiderman”), runs between Manhattan’s 59th street and the island and anchors what is surely one of the most unique commutes in NYC. 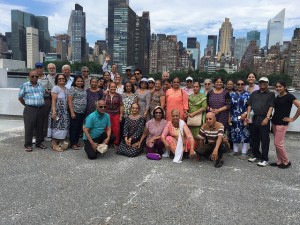 We took our seniors on a day trip to Roosevelt Island recently. They enjoyed the spectacular views of Manhattan’s iconic buildings on the Upper East Side, walked along the riverside under the spindly beauty that is the Queensboro Bridge. 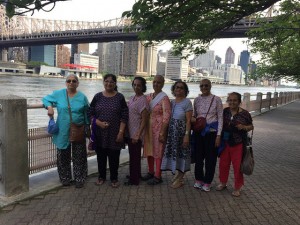 Since most of our elders are active and healthy, they decided not to take the golf carts we had arranged, and walked over to the new FDR Four Freedoms Park. Located at the southern most tip of Roosevelt Island, it is the only memorial dedicated to President  Franklin Delano Roosevelt in his home state. We had boxed lunches delivered which they ate in the picnic areas. 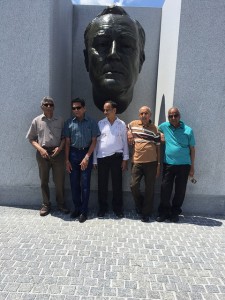 Then it was picture time, and picture time, and…well…picture time. The tram ride was the highlight – the quick swing up into the skies over Manhattan transforms the city into a lego set for a fleeting, spectacular instant, before the ground come rushing back up as the tram descends. Quick trips like this one, help us vary the routine for our elders and help combat social isolation and build community. Plus, they give our members a chance to have fun and experience something new and exciting. 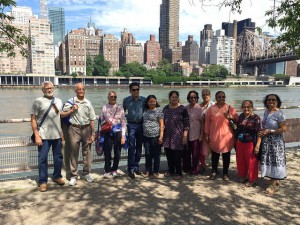