How a father lost to dementia led to a home away from home for the South Asian elderly. 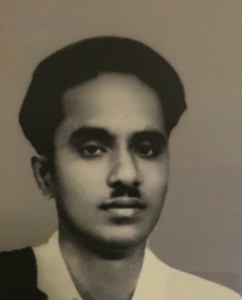 Mr. Vangapadu Lakshmi Naidu was from Bangaramma Peta, a small village in interior Andhra Pradesh. Tall and well-built, with a big laugh, he farmed, but was also an educator and an avid scholar of the Sanskrit language. Every morning, he would get up at dawn and after his bath and prayers, set off to teach in the local high school.

Mr. Vangapadu Lakshmi Naidu had spent his life among books, lost in a world where words and their nuances gave him endless pleasure. But as he got older, he got vascular dementia. Soon he couldn’t recognize words and letters, or even his loved ones. There were no community centers in Bangaramma Peta and nowhere he could meet other seniors and share his story or experience simple companionship. 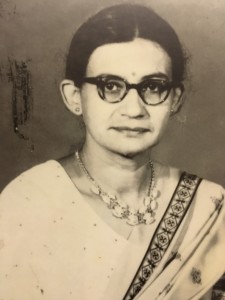 Ms.Swarup Kumari was a scientist, at a time when there were very few women in the sciences in India. After getting a Master’s in Zoology in the 1930’s, she overcame sexism and traditional restrictions on women to become a professor.

Ms. Swarup Kumari had one challenge that she couldn’t overcome: Alzheimer’s dementia. Her family could only watch helplessly as this once brilliant professor slowly turned into small senile lady. At the time, there were no spaces where she could come together with members of her community and talk about common subjects of interest. There was no India Home.

Mr. V.L. Naidu was Dr. Vasundhara Kalasapudi’s father and his experiences had a great impact on her. She realized his condition wasn’t unique – even in America, where she lived, there were few spaces where South Asian seniors, like Mr. Naidu,  Ms. Swarupa Kumari or Dr. Nagarajan could feel comfortable. There were no facilities that offered people and resources that could cater to their specific cultural needs and expectations.

Dr. Kalasapudi was just starting out as a physician in America and didn’t have the resources to look after her father at home. However, there were also no senior centers where she felt her father would feel comfortable.

One senior center Dr. K approached told her: “Sorry, Doc, we don’t have curry for your father.

An antidote to social isolation

Dr.Vasundhara Kalasapudi envisioned India Home as antidote to the loneliness and isolation experienced by South Asian elders. Dr. K, as she’s known, initiated community and individual conversations in temples and other South Asian spaces, pounded the pavement distributing flyers in neighborhoods, and relied on word of mouth to get our first members to start attending the center. In 2008, India Home established the first senior center catering to South Asian values and culture at the Services Now for Adult Persons (SNAP) of Eastern Queens. This community center was a response to the unique and urgent needs of a fast-growing community of South Asian seniors in Queens. Dr. K felt that South Asians were rich in cars and houses, but poor in social services.

We offered a welcoming space where seniors could take yoga classes or workshops that taught better health practices, and enjoy nutritious, culturally appropriate congregate meals. We celebrated Diwali and other festivals beloved to South Asians. Our programs were designed to foster community and friendship, stimulate mental and physical fitness, empower our elders through knowledge and encourage them to come together to creatively solve problems or advocate for their rights. As our reputation grew, we expanded our programs to Kew Gardens Community Center and the Sunnyside Community Center in Sunnyside, Queens. In April, 2016, India Home once again began offering culturally competent services for South Asians at the SNAP Center of Eastern Queens.

India Home is one of the only secular organizations serving South Asian seniors in New York City. In 2014, we opened the Desi Senior Center in the basement of the Jamaica Muslim Center in Jamaica, Queens, the vibrant heart of the Bangladeshi Muslim community, where over 23,000 people of Bangladeshi descent live, worship and socialise. The opening of the Desi Senior Center was not only historic and unprecedented, but especially important for the Bangladeshi community, who as new immigrants, are often playing catch up with other more established South Asian groups.

The Desi Senior Center is the largest program of its kind for South Asian seniors in New York City.

At its newest center, India Home serves over 150 mostly Bangladeshi seniors on a regular basis, offering men and women a chance to convene and share their stories and lives. Many of the seniors we serve come from low-income households:

At the Desi Senior Center we offer immigrant seniors, many of whom are new to the country, on-going opportunities to acclimatise and assimilate into American life via partnerships with community entities and bilingual guest presenters who are housing specialists, lawyers and elected officials among others. These lectures and discussions help our members to understand, participate in, and become familiar with essential aspects of American social, cultural, political and work practices. We offer better language access through ESL classes and better understanding of technologies essential for success in today’s world through computer classes.

India Home is a not only a home away from home for South Asian seniors but also a place where South Asian communities are built and strengthened in order to better advocate for themselves. In a few short years, India Home has become the standard bearer for other South Asian groups seeking to replicate our model of community service.
“At its newest center, India Home serves over 150 mostly Bangladeshi seniors on a regular basis, offering men and women a chance to convene and share their stories and lives. Many of the seniors we serve come from low-income households.”