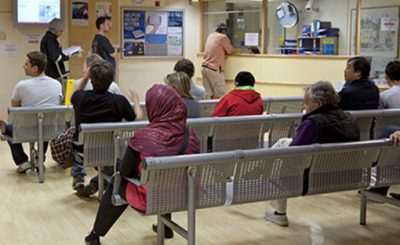 Salma Abdul1 was born and grew up in Bangladesh. Her children left for the US to study, then settled in the country as permanent residents. When her husband died, she found herself alone. Her children, unable to leave their lives in the US, but worried about her aging alone, asked her to come and join them in America. When Abdul arrived in the USA at 69 years of age, she had to find her feet in a brand new country and culture. Her adopted country was technologically more advanced and spoke a language she didn’t understand. Its culture was completely different from hers. Its systems were complex and, because she couldn’t speak fluent English, harder to navigate. 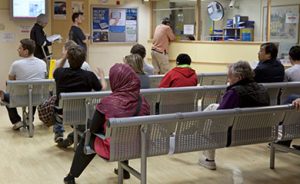 With the numbers of immigrant elderly surging in cities like NYC, cultural competency on the part of service providers like hospitals becomes ever more important.

“I feel tension in my mind,”: Being ill and unable to communicate

Abdul’s real troubles began when she became ill with kidney disease and had to visit a city hospital on her own. Her children were pre-occupied with work and demands from their young families, and couldn’t spare the time. The hospital had few interpreters. Intake staff at the hospital couldn’t speak Bengali and instead made her access the Translation Hotline and tell the disembodied voice at the other of the phone her symptoms. Doctors ignored what she was struggling to say in her broken English, or dismissed her after a cursory examination.

Discrimination as a barrier to care

According to a study in the Journal of General Internal Medicine, researchers analyzed data from 6,017 Americans older than 50 who took part in a Health and Retirement Study and found that one out of five of these adults experience discrimination in healthcare settings, and one in 17 experiences it frequently. “Ageism in healthcare is very common and experienced by many older adults,” says lead author Stephanie Rogers, MD, MPAS, MPH, a clinical geriatric fellow at University of California San Francisco. There have also been several studies that prove that immigrants in particular report more discrimination in healthcare settings (Derose et al., 2009).

In Abdul’s case, she “found it difficult to understand the instructions the doctors gave her or the questions he asked her,” said Afroditi Panna, India Home’s Case Manager. Abdul’s daughter also spoke to Panna. Abdul’s daughter felt her mother, was being ignored and treatment options were left unexplained, perhaps because she was older immigrant woman of color who spoke hardly any English. The doctors and nurses would explain things to her when she accompanied her mother, Abdul’s daughter reported, however, when her mother went alone, they would be unresponsive and “not nice”.

“That’s when we decided to start accompanying Salma to the hospital because, as with so many of our immigrant elders, she didn’t know what questions to ask her doctor, how to fill forms, or even where to go, or how to get to different specialists,” Panna said.

In her experience with Care Management, Panna said, older adults need help with much more than just paperwork. Sometimes, she and her team are called upon to become interlocutors between cultures.

For instance, when a doctor asks a Bangladeshi senior, how she feels emotionally or mentally she’ll invariably answer, “amar onek tension ,” or “I have a lot of tension in my mind.” In Bengali culture, the English word tension is often used as a catch all term for anxiety or depression or worry, and other distressing mental issues. Most American doctors don’t understand this culturally specific term, unless someone with cultural competence (like an accompanying case worker) can explain what the elder means.

Salma Abdul’s case highlights an important point that often gets lost in the scramble to deliver aging services: with the numbers of immigrant elderly surging in cities like NYC, cultural competency on the part of service providers becomes ever more important. 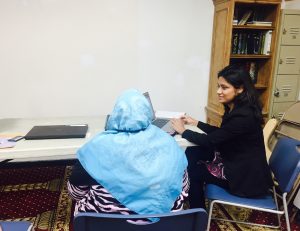 The fact that her team speaks Bengali and understands South Asian ways has made a huge difference in her clients lives, says Afroditi Panna, the Case Manager at India Home.

How to deliver Culturally Responsive Care

At India Home, where we have culturally competent and multi-lingual staff like Panna, working with our South Asian elder population, we have found that the culture from which our elders come affects all aspects of their behavior. For example, it affects whether they seek help, the kind of help they seek, the symptoms and concerns they bring to their doctor or their family’s attention. Here are some of the guidelines that our case workers and managers follow in order to become more cuturally responsive:

“cultural competent case management means that for every one of our 75 active cases, our clients feel that we understand their concerns, and that we are treating them with respect. We want them to feel that we hear them.” 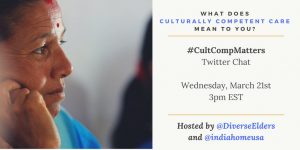 Join India Home and the Diverse Elders Coalition for a Twitter chat about cultural competence in aging services on Wednesday, March 21st at 3pm EST. Follow the hashtag #CultCompMatters to join in.

1 Names have been changed to protect privacy of the client.